The Ferragamo Museum in Florence

Continuing our tour among the beauties of Florence, today we want to bring you to a really beautiful place where culture, art, fashion, tradition and beauty blend perfectly: the Ferragamo Museum. Anyone who knows our city knows the importance that has always had – and still has – the fashion industry and how many names, still of great success, among luxury brands 100 % “Made in Italy”, have Florentine Origins. Among them we find the name of Salvatore Ferragamo, born yes – as is known – in the province of Avellino, but became florentine by adoption.

In 1915, at only 17 years old, a very young Salvatore, landed in California (Usa) not looking for luck, but for news. He already had an activity in Bonito – in Irpinia’s area – he was a master shoe cobbler with his own shop and six workers older than him and made shoes for the ladies of the country, then went to America to learn as much as possible and to perfect the techniques and ideas and when he returned to Italy, he chose our Florence as a destination to base the company that still today, bears its name and that of Italy high in the world.

Thanks to his talent and his ambition, the young Salvatore made his project to assert himself in the fashion sector as he wished, and perhaps much more.

After his death, in 1960 his sons continued the company and family tradition, adding to footwear clothing and accessories, so much that – now for more than half a century, the Salvatore Ferragamo industry, dictate trends in Fashion world. It is to honor all the work done by their father that the Ferragamo Museum was born in the historic headquarters of the company – Palazzo Spini Feroni, at N. 5 of Piazza S. Trinita – practically the garden of Eden for fashion enthusiasts and not only. It was Fiamma Ferragamo, the first-born, who wanted to open the museum entitled to the father, choosing the most exclusive route of Florence in the magical context of Via de’ Tornabuoni, (we are just a few steps from Ponte Vecchio, the Uffizi Gallery and Piazza Della Signoria) in 1938, the base of the company “Salvatore Ferragamo”.

Since it was supposed to be a travelling exhibition (it was 1995), the first exhibition in honour of the Italian shoes cobbler who conquered Hollywood, became fixed and its success was so great to receive the Guggenheim Enterprise and Culture Award, as the best company engaged in the Cultural field. Since then the Ferragamo Museum has never stopped, and every year it exposes installations, works of art and pieces of the famous Ferragamo footwear collection. If you will be in Florence until 2nd May of this year, you could visit the review “1932, Return to Italy”, with all the works and the creations of the period following the American experience of Salvatore who, returned home, settled here in Florence.

From Marilyn Monroe to Audrey Hepburn, all the greatest movie stars, the first lady, princesses and women of the high society of those years, have owned custom-made shoes for them. Models are now catalogued according to different assessments and exhibited following thematic criteria: years of production, models, colours, materials, construction techniques etc etc. Think that here you can admire the famous cork “Wedge” shoes, patented in 1936 by the great designer and immediately imitated all over the world, as well as the entire collection he designed to return from America until his death and those cured from its heirs until today and at the end of your visit, you could vote on the collection you liked most. The Ferragamo Museum also deals with interesting cultural events, exhibitions, competitions for emerging artists in the field of art and design.

You can visit the museum from Wednesday to Monday from 10 to 18 at the cost of 5 Euros, except children until 10 years and people over 65 who do not pay. The revenue from entrance to the museum is intended to fund each year scholarships for young shoe designers. 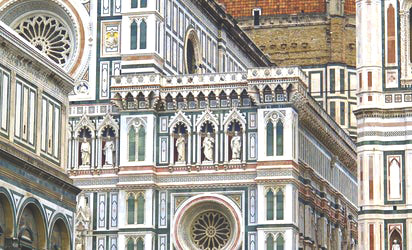 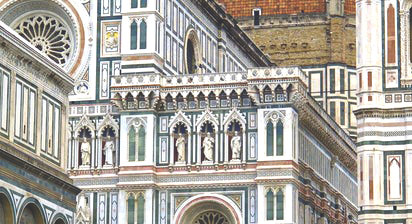