Are you going to spend a weekend in Florence? Here are the top things you must see!

Probably for some of you this may be the first time in the city, or maybe yet another, as often happened among our guests who stayed at the Antiche Dimore Fiorentine, who had only one weekend, or in any case a few days, in which they wanted to see as much as possible of our wonderful capital, but with the countless beauties that are enclosed there, they did not know which route to choose and where to start. It is precisely for this reason that it is really impossible to decide what you could or couldn’t see, afterwards, today we have prepared some suggestions of the unmissable places of our city, absolutely to visit in the few days available for you.

Let’s go together then, to discover this wonder place, called Florence.

DUOMO: Assuming that our city is practically an open sky museum, your visit can not start from the Cathedral of Santa Maria del Fiore and its unmistakable dome signed by Filippo Brunelleschi who, together with Giotto’s bell tower, characterises the view of Florence. Practically, more than the red lily, it can be said that the Cathedral is the symbol of Florence: in the fifteenth century, it was the largest in the world and, even today, the tallest building in all of Florence.Entering Piazza del Duomo will leave you breathless, with its white and green Carrara marble facade, in contrast with the red of the dome. For the construction of this work it took over 170 years and – as well as Giotto and Brunelleschi – other great names in the history of art such as Giorgio Vasari, Lorenzo Ghiberti and Arnolfo di Cambio participated in. One after the others, they made a nave over 150 meters long, 45 meters high (90 in the lantern part) and it took 463 steps to reach its peak. I bet that when you’ll see it with your own eyes you will understand why, every day, thousands of people come to Florence  to visit it.

From the Duomo, walking along Via dei Calzaiuoli (full of shops, for shopping addicts), you get straight to Piazza della Signoria, the real heart of the city, where you will be overwhelmed by the majesty of Palazzo Vecchio. First of all you will notice that it is so big that you can not photograph it all: try to do it looking for any angle, but you will not be able to frame it in full. The “fault”, if I can say so, is of the Arnolfo’s Tower and is more than 90 meters of height on which the white flag with the red lily, symbol of the city, waves. Now the seat of the City of Florence, Palazzo Vecchio still contains the Salone dei Cinquecento, the study of Francesco I, the Sala di Leone X or the Camera d’arme and, right at the entrance of the building, a copy of Michelangelo’s David . If you only look towards the Uffizi’s Gallery, you will come across the Loggia dei Lanzi with its numerous statues, all strictly in marble, except “The Perseo with the head of Medusa”, signed by Benvenuto Cellini, in bronze.

UFFIZI’S GALLERY: Looking from Palazzo Vecchio to the Loggia dei Lanzi, you will cross the unmistakable arcade that characterises the Uffizi’s Gallery (the name derives from the “offices” of the administrative part of ancient Florence, ndr): one of the most import and known museums in the world, I would define it as a casket full of numerous masterpieces of inestimable value. First of all remember to buy tickets online (you can ask for it at the reception of Antiche Dimore Fiorentine) and keep in mind that this visit will take up almost a whole day of your Florentine stay, but God only knows if it’s not worth it! From Raphael to Caravaggio, from Cimabue to Giotto, through Titian, Botticelli, Mantegna and Leonardo Da Vinci, practically the names you read on every book of History of Art in your life are all here and that is why about a million and a half people, every year, come from every corner of the world to admire them.

PONTE VECCHIO: Perhaps together with the one of Brooklyn, the Old Bridge (Ponte Vecchio) of Florence is the most famous and photographed one in the world, as well as the only one to be spared Hitler’s bombs and his retreating troops in 1944. A must for every tourist visiting Florence, Ponte Vecchio today is a place of worship, a symbol of the city, a very chic and rich place, carpeted by jewelers’ shops and goldsmiths of the Florentine tradition. However, not all of you know that the shops of butchers and greengrocers, “evicted” then in favor of the jewelers – considered more suitable for such a beautiful setting – when the Vasarian Corridor was built in 1565 (it takes its name from the architect Giorgio Vasari, hired by Cosimo I de ‘Medici). It was a secret passage of over 1 km, raised that connected (and still does) Palazzo Vecchio to Palazzo Pitti, passing through the Uffizi and Ponte Vecchio, in fact. From that moment gold is the symbol of the bridge, and that is why it was dedicated to Cellini, the greatest Florentine goldsmith, a statue placed right in the middle of the bridge. So central and important is the position of the bridges that cross the Arno river that, according to the Florentines, mentally divides the city into two zones, commonly called “diquaddarno” and “diladdarno” (“from this side of the river” and “from that part of the river”)

SANTA CROCE: we are still “diquaddarno”- “from this side of the river” and we reach Piazza Santa Croce: it is here that famous humanists, scientists and theologians of the past met and it is still today one of the most loved by the Florentines. “I had reached that level of emotion where the celestial sensations of the arts and the passionate feelings meet.Coming out of Santa Croce, I had a heartbeat, life had dried up for me, I was walking fearing to fall.”Stendhal said it to describe what is commonly called the “Stendhal Syndrome”. In fact, once you reach this square you can not help but be stunned in front of the Basilica of Santa Croce (the square and the whole neighbourhood took the name from it), also known as “Tempio dell’Itale Glorie”as the Italian poet Ugo Foscolo wrote, since here were buried people of great caliber, value and culture of Italian history, such as Niccolò Machiavelli, Galileo Galilei, Michelangelo Buonarroti, Gioacchino Rossini and Foscolo himself, to name just some of them. The Basilica was consecrated in 1443 although incomplete facade, which remained in stone for almost three centuries, until 1863, (the inauguration but the facade was completed only in 1865) when in the center of the square was placed the Dante Alighieri ‘s monument, created by Enrico Pozzi.

So here is our top 5 f things you must see in a weekend in Florence, but there are so many other things to explore, just think that the entire historic center of the city is a property of Unesco, to realize how much it will be necessary to come back to visit all, as soon as possible. For today it’s better to stop here, it will mean that soon we will give you more advices, for now  hoping you can enjoy our city – and why not – feel that heartbeat as had happened to Stendhal. 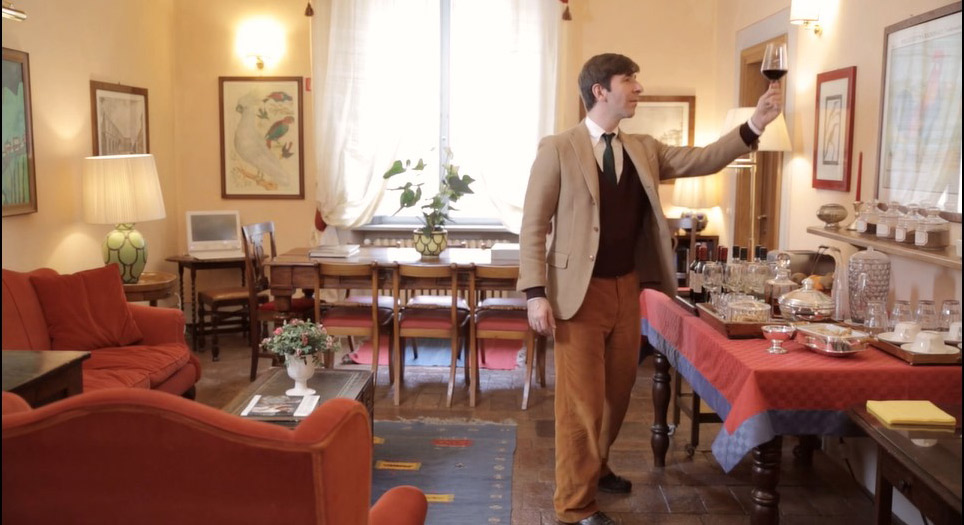 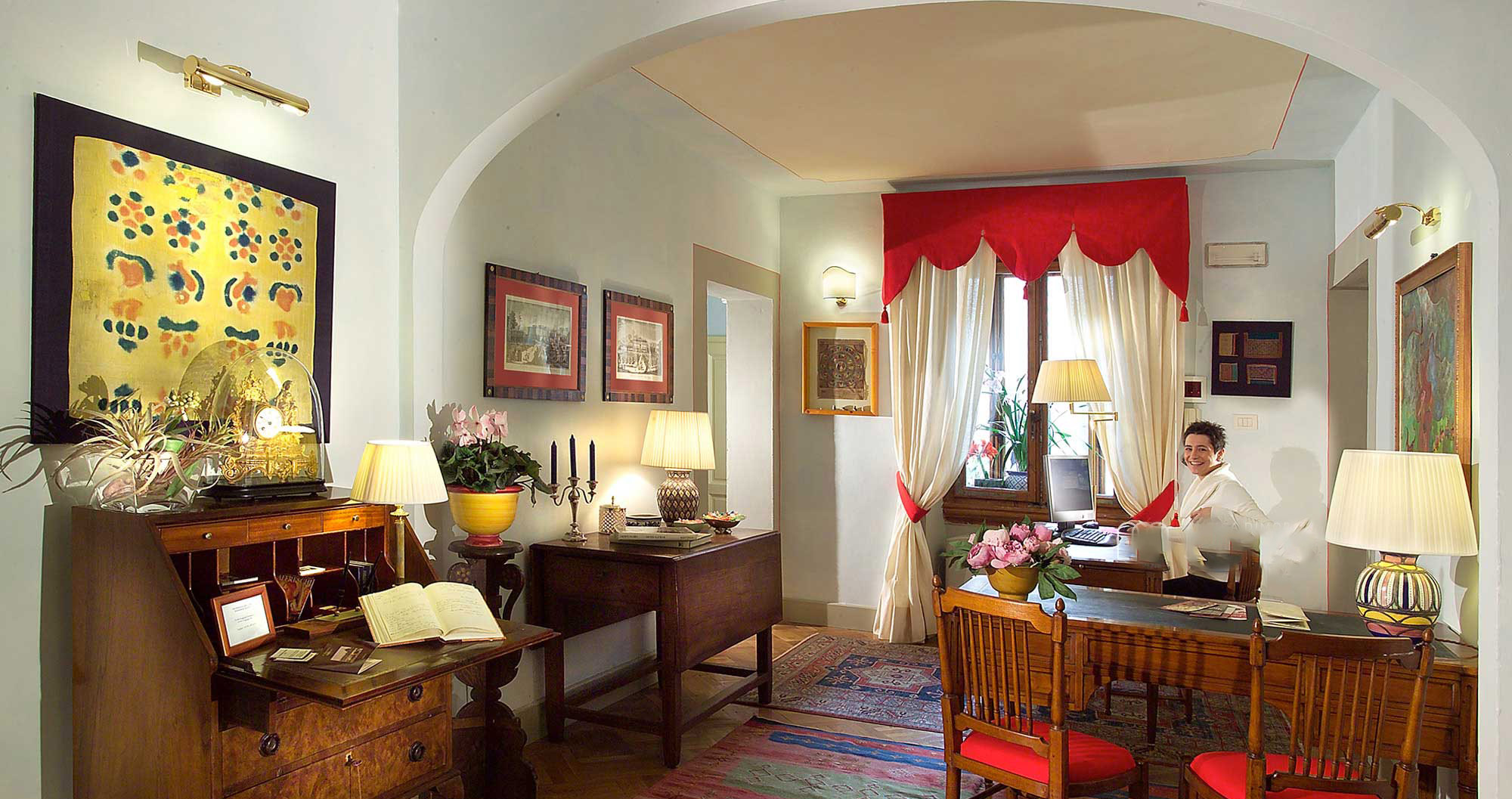 Booking on our official website is always more convenient, discover why! For you there are always the
best rate guaranteed and many exclusive advantages!